Today the Mayor of Wellington, Cllr Patricia Fairclough, presented the last of her ‘Recognition Awards’ to Susan Harris, Headteacher at Shortwood Primary School for above-and-beyond services given to and for the people of Wellington and to Mr Rob Francis of H2A.

Rob is being recognised for his commitment to Wellington and the active part he plays in celebrating its past, enhancing its present and helping us plan for its future. Since forming Wellington H2A with Tony Nicholls in 2007, Rob has invented and still organises the annual Midsummer Fayre and Charter Day events, along with Sounds in The Square. He has secured funding for – and designed – a 12 part mural trail of historic characters, organised an ‘Ideas Farm’ event that gave rise to the group which went on to create the Orbit Cinema, and drawing on his professional expertise his Wellington 2020 Vision report has helped to steer regeneration efforts in the town in recent years 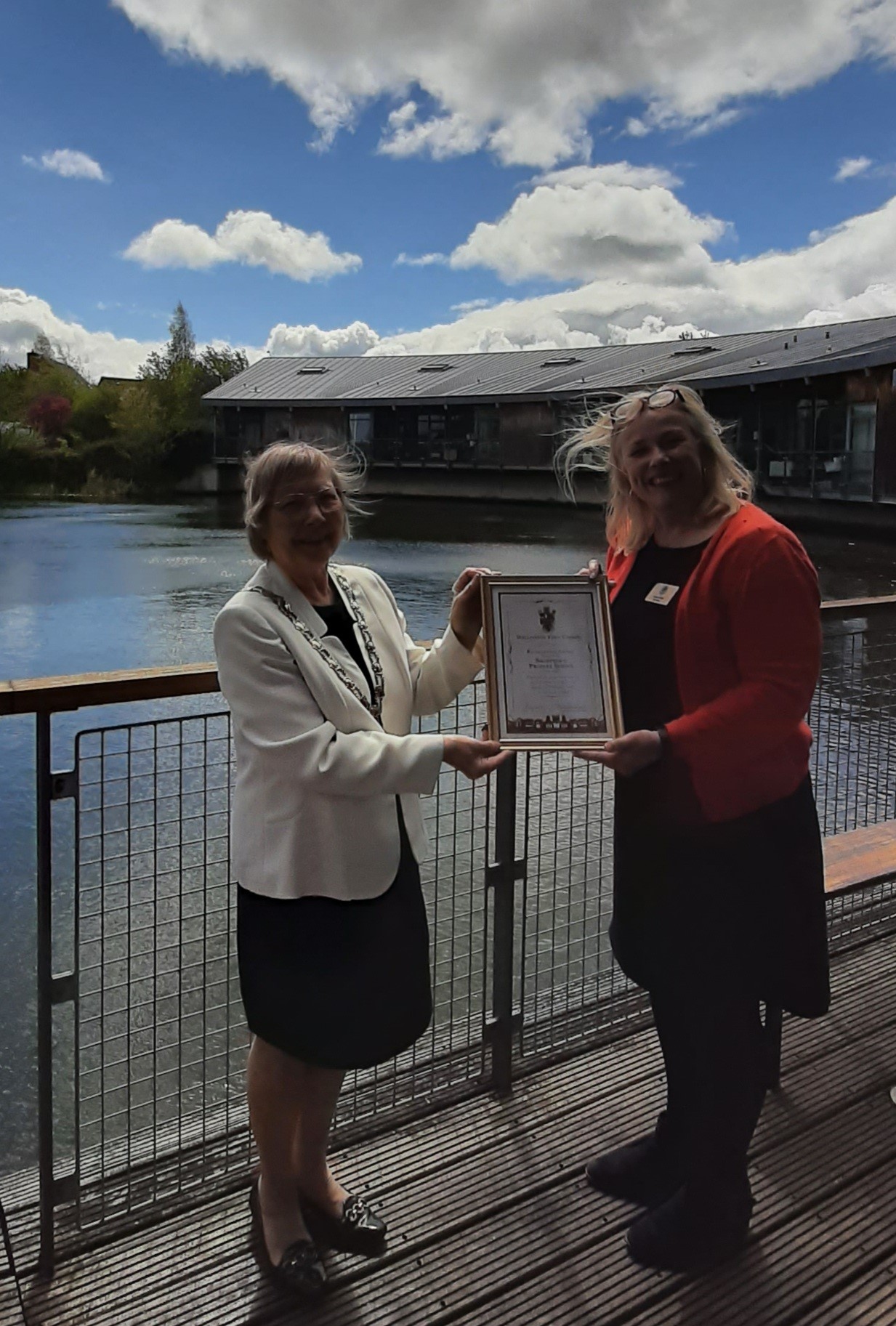 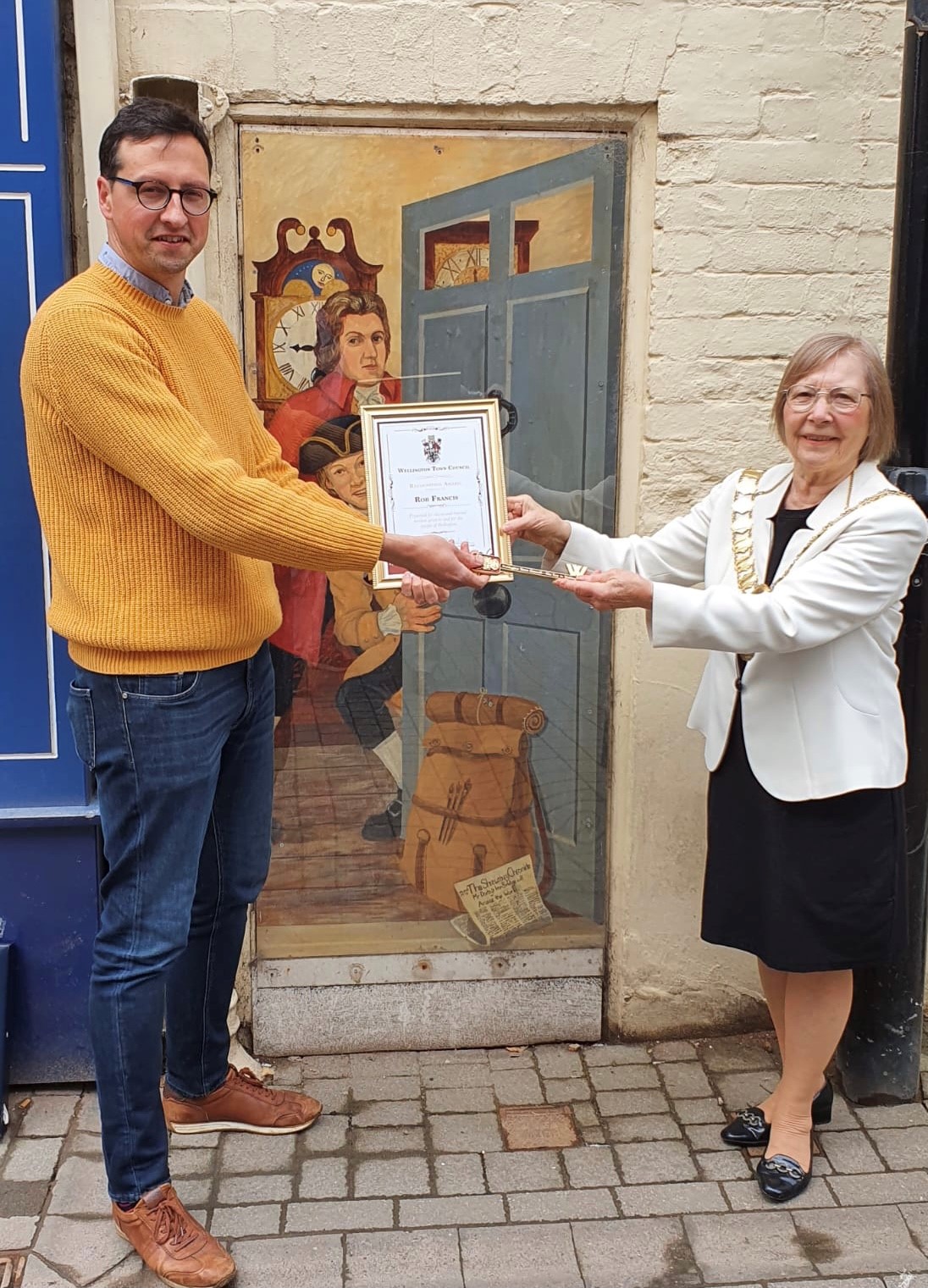