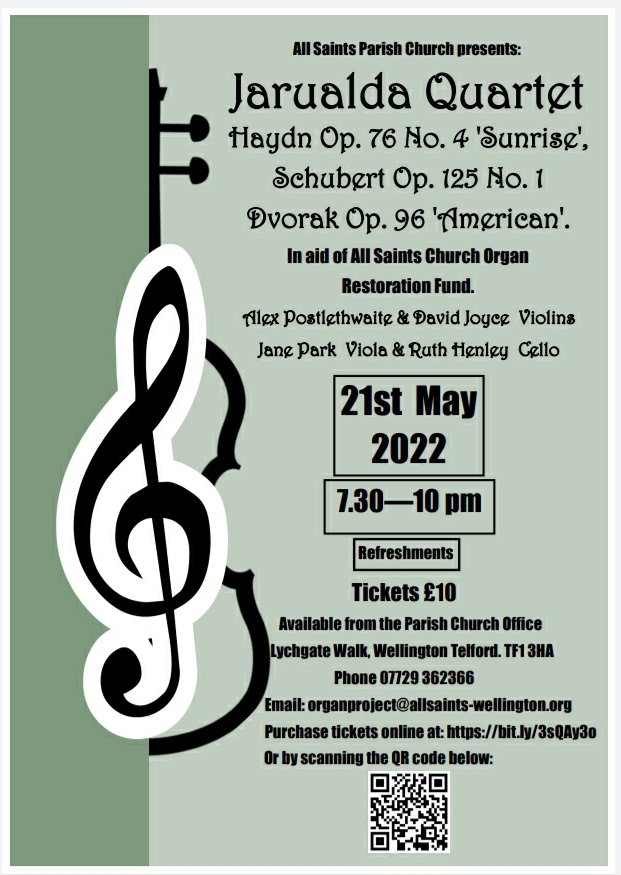 Collaborations in music come about in many diverse ways; a conversation with a stranger, an unexpected meeting with a former colleague, plans hatched over a pint or two after a concert!

Jarualda was born as a result of a composer’s frustration that the majority of his works had not even been rehearsed! Would it be possible to persuade some friends to come round and play through his string quartet in exchange for a meal I wondered? Enquiries were made and, soon enough, David, Alex, Jane and myself were gathered together, furniture pushed aside to create space, delicious smells emanating from the kitchen and, in my case at least, a certain amount of apprehension lest the music (or food for that matter!) disappoint.

I need not have worried; after a few minutes deliberating about what to ‘warm up’ with, we settled down to play Schubert. At the end we sat and looked at each other going “Wow!” “What just happened?” It felt like we’d been together for years, not half an hour. We played through Paul’s quartet and explored Ravel and then succumbed to the smells from the kitchen, already talking about playing again soon! Before long we were needing a name that would stand out but would also say something about who we are as musicians.

Playing around with our names and feeling very much that a good quartet is always about more than the sum of its parts, synergy in sound, I came up with Jarualda. While there is no literal meaning, to us it represents the fact that everyone is of equal importance and together we are more than just four musicians – we are The Jarualda Quartet! Since that first gathering we have given several concerts, all enthusiastically received, and we have an increasingly full diary for 2022 including appearances at the Corvedale Festival in September and a CD recording in July. We are very much looking forward to coming to play at All Saint’s on May 21st!